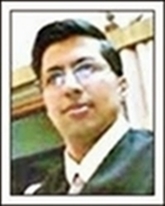 Internet of things (IoT) is the new buzz word these days. Everybody is talking about IoT because it has great business, commercial and personal use potential. IoT combines software, hardware and a communication infrastructure so that systems/devices can contact and communicate with each other in a non intrusive and automatic manner.

Like any other technology, IoT has its own used and challenges. For instance, IoT can be used for smart grids, smart cities, e-health, etc and thereby reduce their cost of operation and improve their productivity. However, IoT also has civil liberties and cyber security challenges to manage. Cyber criminals have already started abusing IoT controlled devices for launching malicious cyber attacks. As the technology protocols for IoT are still evolving, it is very difficult to avoid such cyber attacks.

Similarly, on the legal framework front, IoT has yet to be suitably regulated around the world. India has no dedicated law for IoT and some guidance can be found from the Information Technology Act, 2000 (IT Act, 2000). Indian government has issued the draft IOT Policy of India (pdf) and Revised Draft IOT Policy of India (pdf) but they are not sufficient to manage the complicated techno legal issues of IoT.

Perry4Law Organisation (P4LO) has launched a dedicated and exclusive techno legal centre of excellence (CoE) for Internet of things (IoT) in India. We have covered many techno legal issues there that Indian government is required to manage in near future. We have been managing these issues for long and we would discuss the same at our CoE-IoT website in more details in our subsequent posts.

P4LO would help national and international IoT stakeholders in formulation and implementation of techno legal frameworks so that adoption and use of IoT can be as smooth and hassle free as possible.