Cyber Security Policy Of India 2015 Must Be Formulated By Narendra Modi Government: CECSRDI 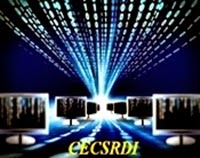 Narendra Modi government has been trying its level best to manage the affairs of India. However, not much success has been achieved by it till now. The worst performance of Modi government pertains to cyber security field where Modi government seems to have lost the track.

If we analyse the projects already implemented by Modi government it is clear that the present BJP government seems to be suffering from “policy bankruptcy”. Till now not even a single policy decision has been taken by Modi government that has proved to be effective. All the Modi government has been able to achieve is continuance of the already left Congress government’s policies and projects.

On the other hand Modi government has taken few steps that are “low hanging fruits” at the maximum. For instance, appointment of Dr. Gulshan Rai as India’s first CISO and asking Nasscom to constitute a task force to solve the growing cyber security menace in India are the two steps taken by Modi government so far. Both these steps are “declarations only" so far as their actual implementation and impact is yet to be seen.


We at Centre of Excellence for Cyber Security Research and Development in India (CECSRDI) believe that Modi government must take cyber security seriously. The cyber security challenges in India would increase further and India must be cyber prepared to protect its cyberspace. CECSRDI believes that the starting point is to draft the cyber security policy of India 2015 as the 2013 policy is highly defective and of little significance. If Modi government cannot formulate even the basic cyber security policy of India 2015 there are little chances that it would be capable of protecting Indian cyberspace from sophisticated cyber attacks and malware.

CECSRDI wishes all the best to Modi government in its cyber security initiatives and projects and hopes that Modi government would actually start working in this direction as soon as possible.
Posted by PTLB at 9:40 AM